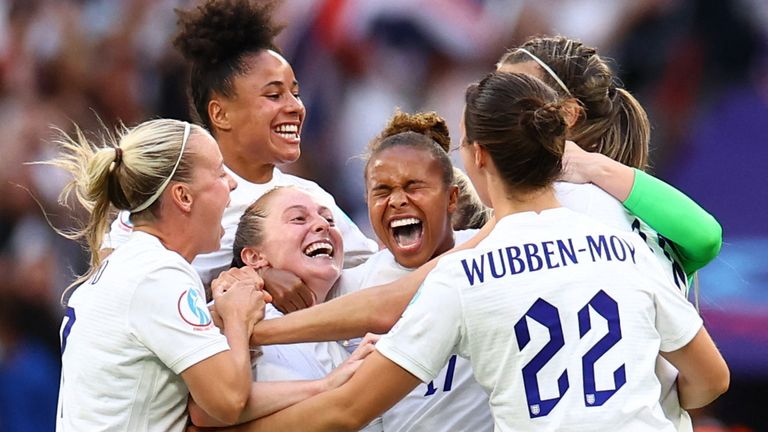 This year, the fanfare on the run-up to the World Cup has been markedly muted, in large part due to the advertising industry, which is taking a step back from the tournament because many brands do not want to be associated with promoting a country which has a poor record on equality and human rights.

Now, we know brands are often hypocritical in their pursuit of consumers, via hollow purpose-led marketing; see the latest Brewdog ‘F*Cup’. But, more sinister than that, this very same advertising industry that doesn’t want to be associated with Qatar because of the country’s issues with equality, has a poor record on equality itself, in many areas but especially in sports marketing, which I believe is responsible for women’s and young girls’ low participation in UK sport on and off the pitch. The industry has historically failed young girls for not putting creative emphasis on advertising to them, at least when I was a boy I didn’t see adverts that would inspire a young girl.

Since day dot, the sports marketing industry has focused so heavily on capturing the attention of young boys, that it has resulted in a huge gap in women’s and girls’ participation. As Steve Jobs famously said: “People don’t know what they want until you show them.”

Growing up, I was ok at football but I was never exceptional, in spite of my playing every single day. Why did I play so much, and not put my efforts elsewhere, like running? Which I actually was pretty good at. Having worked in content production and advertising for some time now for brands including This Girl Can and at Contented, The English and Welsh Cricket Board, I’ve come to understand my relationship with football better. That’s to say, the reason I was so invested in football in spite of my not being great at it, was marketing.

Brands like Nike ploughed millions of pounds into getting boys like me into football, capturing my imagination young with iconic adverts from players like Ronaldo in Joga Bonito, adverts that as an adult I wouldn’t bat an eye at but as children, it’s all my friends and I could talk about in the playground. Who had the boots from the new advert? Who could execute the new move Ronaldo did on Joga Bonito? But there was no female equivalent. Brands were not immortalising female players and athletes in nearly the same way, which didn’t offer young girls the same opportunity to idolise female sport stars and encourage them into sport. For example, world class athletes like Maria Sharapova and the Williams sisters, didn’t get the same marketing treatment even though they were household names. There simply wasn’t representation in advertising. One might argue that the funding wasn’t there, and so the female sports stars weren’t there to immortalise. But the funding wasn’t there because it was assumed the demand wasn’t there, and why was demand not there? Marketing, or a lack of it.

Even today, although sports marketing has become more inclusive with the proliferation of modern sports brands like GymShark, that is showcasing diverse and real body shapes in its new Regent Street store, nowadays we see more gender-neutral marketing or marketing to women rather than anything specifically targeted at young girls, that would galvanise a generation into taking up football or sport generally.

It’s a travesty, especially when you consider the positive impact that marketing can have on young people, and getting young girls into sport is a hugely positive impact.  In recent years we’ve seen what promoting women in sport can do for their participation. For example, according to the FA, since the 2019 Women’s World Cup there have been almost a million more committed female participants. Importantly, girls under the age of 16 are also enjoying more opportunities than ever to play the game. There are now 1,200 Wildcats centres established, providing more than 30,000 girls with the opportunity to play in the community. Funding that I believe has come as a result of the promotion of the sport, which has generated the demand.

From personal experience, I can see the impact that targeted sports marketing can have, having recently worked on the BeThere campaign for The Hundred. We wanted to bring women’s attention to cricket in order to drive ticket sales for the women’s game, which for the first time in history was given the same platform and equal airtime as the men’s game. To do this we made sure women were heavily involved and visible in the content we were creating, from the graphics to the branding and the people featured.  And it worked; we achieved record breaking sales for the women’s game. Almost 33 million people watched domestic women’s sport in 2021, beating all previous years and the main drivers for this growth were The Hundred and the FA Women’s Super League. However, it was The Hundred that attracted most people’s interest with cricket achieving 41% of total viewing hours. Not only this, 25% of viewers who watched England women’s cricket or the Women’s Hundred last year did not watch any men’s cricket on TV in 2021.

This is all good news, the audience is there, the appetite is there, and this shows there is a clear path to inspiring a generation of women and girls to participate in sport. However, we’ve still got a long way to go and a lot more commitment from brands and marketers is needed in order to close the gap.